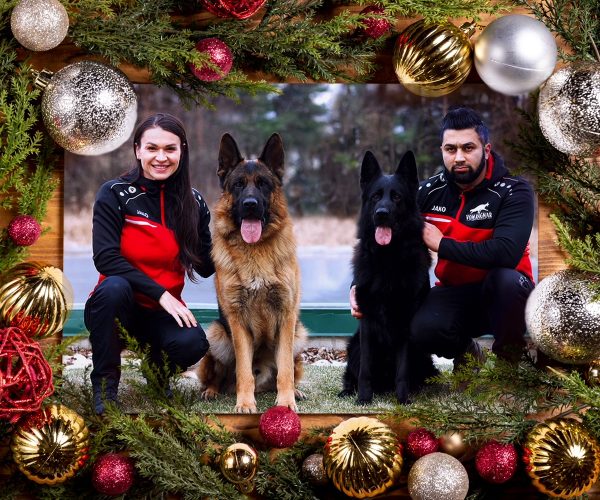 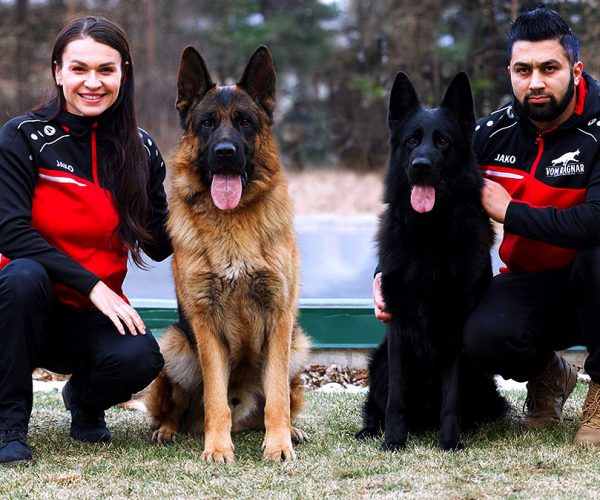 German Shepherd is The Best Choice for Family Dogs

When it comes to living up to the “man’s best friend” title, few canine breeds can hold a candle to your German Shepherd. Once they’ve bonded with their owner, they are loyal literally until death does they part. Anyone looking for a constant companion for themselves or their family can’t do better than a German Shepherd

There is a reason why German Shepherds are among the most sought after breeds for security, police, and military applications. GSDs always rate extremely high on any canine intelligence metric. Their ability to learn, obey, and completely master every form of verbal and non-verbal communication techniques is second-to-none in the canine world. Even complicated security protocols like detecting hidden drugs or explosives are child’s play for the German Shepherd. When it comes to canine intelligence, all other breeds come a distant second to German Shepherds.

Ready to go in any climate, altitude, and weather condition, the German Shepherd is a resilient breed conditioned to outperform its contemporaries anytime, anywhere. Bred to excel no matter where they are, GSDs easily adapt to any environment from busy metropolitan life to wide open country spaces. The family looking for an adaptable family pet can’t miss the easily adaptable German Shepherd.

When it comes to canine safety around children, German Shepherds are among the most kind and compassionate breeds on the planet. Their gentle nature and care with children of all ages is widely recognized among dog breeders all over the world. It is this natural affection towards children that makes German Shepherds among the highest sought after family dogs in the canine breeding community.

The natural affection and gentleness don’t stop with kids. German Shepherds are widely known as pet-friendly, as well. Their inherently non-aggressive and friendly natures make their addition with other pets effortless and stress-free. The pet-friendly family will love their new GSD addition.

As previously mentioned, German Shepherds are highly coveted by security companies and police departments due to their intelligence and trainability. There may be other breeds who can be trained in security work, but German Shepherds are on a very short list of canine breeds that can handle literally every form of security training known to dogs and men. For the family searching for a family-friendly pet that will also provide family security, that search ends with the German Shepherd.

Thanks to their high intelligence and naturally loving nature, training a German Shepherd is not limited to security. GSDs can be masterfully trained for literally anything from basic obedience to professional dog shows and many kinds of therapies used by health professionals. To put it simply, if a dog can be trained to do something, the German Shepherd is on the short list of requested breeds for that training.

Anyone looking for a companion for their daily jog or bike ride around the neighborhood will find a very willing exercise buddy in their German Shepherd. An additional bonus for taking your GSD with you on the jogging trail is the added security that comes with your canine companion. Combining their fierce loyalty with a high energy level makes your German Shepherd the perfect partner for any outdoor activities.

Finally, the family looking for a companion that will be with them for many long and healthy years cannot go wrong with a German Shepherd. With proper diet and exercise, most German Shepherds can live up to 15 years with relatively few health issues, generally speaking.

According to the ASPCA, German Shepherds are the most loyal breed of dog. Their ancestors were known as Germanic Dogs which is what they are called even today. This breed dates back to the 14th century. There are now many different types of German Shepherds, some are large and some are medium. A German Shepherd is a big dog with a unique head shape. Some are male, some are female. They have various colors but some colors vary depending on the breed. The colors are also determined by the parents. Some are Colors: Black, Black & Tan, Sable, Grey, Red & Black, Black & Silver. Some are flat, others are short, and some are tall. There are many differences between the short and tall varieties, and this is what makes them different from other breeds of dogs. Their height ranges from Male: 24–26 inches (60–65 cm), Female: 22–24 inches (55–60 cm)14 inches to 27 inches and that is why they are called “Extra Large”.

German Shepherds are medium size dogs. As such, they shed less than some other breeds of dogs. The main reason they do shed less if they have a short hair type which sheds less. The only problem with this breed is if you are a renter and not allowed to have a dog in the property with expensive carpet, furniture, and bedding. Of course, You can always train your dog to behave well around your home. This breed would have problems with fleas and mites if you do not take them well. You can take care of this problem by using a natural shampoo. This shampoo is made with bromide that kills fleas and ticks. For regular grooming, use Pet Shampoo + Conditioner-Hypoallergenic and Soap Free Blend with Almond Oil for Allergies & Sensitive Skin to keep them stay healthy. After shampooing you should comb your dog’s hair and brush their teeth. It is important to brush German Shepherd teeth well or they will develop cavities. This problem could be avoided if the dog had been properly brushed with a bristle toothbrush. This breed should be given a good once over with a damp cloth to remove loose hair and dirt.

The breed is known for being able to do numerous things such as rescue people. This breed is also famous for being a hunting and police dog (original K-9 units in Germany). The breed is also considered a very intelligent dog. The German Shepherd is an intelligent breed that would need training in order to behave at home. The German Shepherd was the first of the police and rescue dogs. This breed has proved to be very useful such as being able to sniff out drugs and explosives. This is evident with their behavior, manners, training, and their loyalty, and devotion they show their masters. Most of them are good with children. They are very smart and very fast learners. There are some that are very stubborn and will not listen to any commands. They can be stubborn because they are very loyal and loving. This is one reason that they are so intelligent. They tend to respond well to positive reinforcement. This makes them loveable and gentle. They are very good with other dogs that are not aggressive towards them. They are also very loving with family members and other dogs, including other German Shepherds or smaller size dogs.

We’d love to hear from you, get in touch with us now!

Thank you for visiting our Vom Ragnar website. We are a top-ranking German Shepherd breeder near the Chicago, Illinois area. Please feel free to call or complete the form to contact us with any questions. We will get back to you as soon as possible. Please allow some time for us to reply as we might be attending to puppies, dogs showing or training the dogs. Thank you and we are looking forward to speaking with you.

You can contact us at 773-552-0808. Please, leave a message with your full name and phone number, this will ensure that we will call back quickly.

Please beware of scams and frauds! There are scams out there who use our brand. They replicate our website and pretend that is Vom Ragnar® brand. Their website may look exact the same since they duplicate our website or their domains look similar.Our official domain name and the only website is  https://vomragnar.com. Please report to us and don’t pay through the website via PayPal or Western Union. Our website is vomragnar.com We take payments only over the phone by a credit card or with quick pay Zelle. Our brand name is Vom Ragnar German Shepherds®. Our brand name is patented. We are licensed breeders in Illinois. Our company’s phone numbers are 773-552-0808 | 815-245-0923 | 815-451-6835 These phone numbers has Chicago Illinois area code. Please do not trust scammers and beware.

Want to see our puppies available for sale?